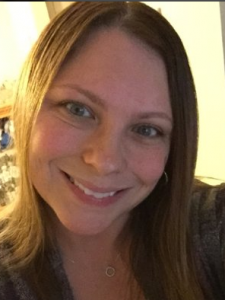 We’d like to introduce you to one of our Vice Presidents of Treatment at our Rockland office, Laura D’Antona!
At the suggestion of a friend, Laura applied to Beacon in 2001 upon graduating from Rhode Island College. As a Child Psychology major, Laura had a strong foundation for working with children and families. She was promoted to the position of Behavior Therapist in 2002 and again in 2006 when she became a Supervising Behavior Therapist.  In 2007, Laura completed a Master’s Degree in Applied Behavior Analysis and published her thesis in 2009.
In 2008, Laura was promoted to District Coordinator managing Beacon’s public school partnership in Weymouth, MA.  In 2010,  she became Regional Director for the North Shore area and two years later, she became Associate Vice President playing an instrumental role in establishing the Rockland Office!
When asked her favorite part of the job Laura states, “The part of the job that keeps me going is going to the houses and providing supervision for the ABTs, and getting to interact with the children and families. I want to be involved as much as I can in the case because this is why I got into this, and why I’m still here.”
In terms of challenges, Laura explains,  “One of the biggest hurdles that new ABTs often have to overcome is the travel. However, with Beacon’s expansion, we try to divide areas as needed to reduce drive times and make things a little easier for those just coming on board.”
If working with children and making a difference in the lives of others sounds like your calling, we would love to hear from you! Visit us at www.beaconservices.org/careers to see our available openings and to fill out an application!